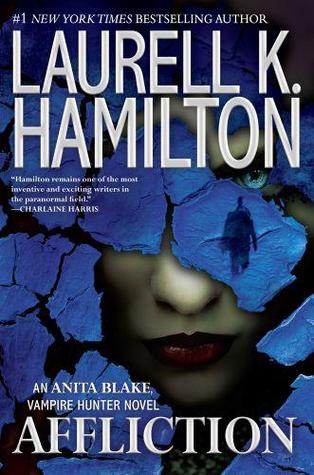 Release date: July 2, 2013 | Series: Anita Blake, Vampire Hunter (Book 22)
Some zombies are raised. Others must be put down. Just ask Anita Blake. Before now, she would have considered them merely off-putting, never dangerous. Before now, she had never heard of any of them causing human beings to perish in agony. But that’s all changed. Micah’s estranged father lies dying, rotting away inside from some strange ailment that has his doctors whispering about “zombie disease.” Anita makes her living off of zombies—but these aren’t the kind she knows so well. These creatures hunt in daylight, and are as fast and strong as vampires. If they bite you, you become just like them. And round and round it goes… Where will it stop?
Even Anita Blake doesn’t know.
Review –
I liked this installment of the Anita Blake,Vampire Hunter series much much better than I did the last one. Unlike in it, Anita had a big part to play in the plot and there was not as much sex for sex sake. Don’t get me wrong, I enjoy sex scenes in books but not when they happen on every other page.
I wil continue to be a fan of Laurell K. Hamilton and await the next Anita Blake book.