Littleport, Maine is like two separate towns: a vacation paradise for wealthy holidaymakers and a simple harbour community for the residents who serve them. Friendships between locals and visitors are unheard of – but that’s just what happened with Avery Greer and Sadie Loman.

Each summer for a decade the girls are inseparable – until Sadie is found dead. When the police rule the death a suicide, Avery can’t help but feel there are those in the community, including a local detective and Sadie’s brother Parker, who blame her. Someone knows more than they’re saying, and Avery is intent on clearing her name before the facts get twisted against her.

“A year after her best friend’s supposed suicide, a young woman must clear her name when new evidence is uncovered.

The Lomans own much of Littleport, Maine, a fact that hasn’t changed much since their only daughter’s death a year ago. In the summer of 2017, on the night of the annual Plus-One party, aimed at summer people who’ve stayed a week longer than the traditional Labor Day end-of-season, golden girl Sadie Loman apparently threw herself off a cliff into the churning sea, but to those who knew her, especially her closest friend, Avery Greer, she seemed to have everything to live for.

Year-round Littleport resident Avery was adrift after her parents’ deaths when she was a teen, but when she met the mesmerizing Sadie, a summer person, her life took on new meaning. Sadie and Avery became so close, it was sometimes hard to tell where one ended and the other began. After Avery’s grandmother died, Avery was alone, and the ridiculously wealthy Lomans seemed to welcome her into the family, even giving her a job as property manager for their coastal rentals and a place to live in their guesthouse. But everything fell apart after Sadie died.

When Avery finds Sadie’s phone hidden in the rental cottage where last year’s Plus-One party was held, she turns it in to the police—after doing a bit of snooping. Additionally, someone’s been breaking into the rentals, and Sadie’s brooding older brother, Parker, is acting strangely. Sadie’s death is looking less and less like a suicide, and Avery is at the top of the suspect list. The Loman family’s lies are rising to the surface, but can Avery keep her head above water? The narrative, which flips between 2017 and 2018, grows increasingly tense as Avery, who is a surprisingly reliable narrator, gets closer to the truth, but while the author builds some creepy atmosphere in the lead-up, the final revelations are more sad than shocking. Most compelling are the class tensions between Littleport’s year-round residents and the seasonal, moneyed tourists as well as the elusive nature of memory and the intricacies of friendship.

An evocative and perfectly readable thriller, but genre fans will find few surprises within.” Kirkus Reviews

Even though KIRKUS REVIEWS found this novel wanting … I loved it and found it thoroughly enjoyable. 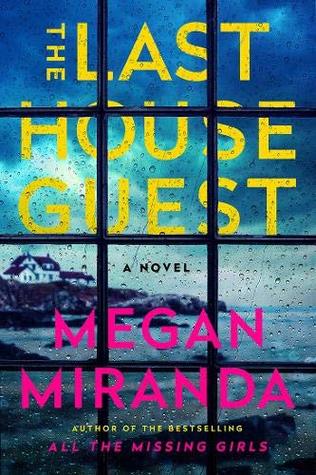 Only on audio! A brand-new, never-before-published Stephen King short story unavailable in any other format!

Alden McCausland and his mother are what they call “accident rich”; thanks to an unexpected life-insurance policy payout and a winning Big Maine Millions scratcher, Alden and his Ma are able to spend their summers down by Lake Abenaki, idly drinking their days away in a three-room cabin with an old dock and a lick of a beach.

Across the lake, they can see what “real rich” looks like: the Massimo family’s Twelve Pines Camp, the big white mansion with guest house and tennis court that Alden’s Ma says is paid for by “ill-gotten gains” courtesy of Massimo Construction. When Alden’s holiday-weekend sparklers and firecrackers set off what over the next few years comes to be known as the Fourth of July Arms Race, he learns how far he and the Massimos will go to win an annual neighborly rivalry—one that lands Alden in the Castle County jail.

Read by beloved Down East storyteller Tim Sample—praised by Stephen King for his “wit and talent and good-heartedness”—Drunken Fireworks makes for explosive audio listening.

Fantastic short story about the trials and tribulations of one-upmanship (my made up word for the day.

The characters were brought to life by narrator, Tim Sample, who did a magnificent job with the Maine dialect and made listening to the story a real pleasure. So like Stephen King, you never see the end coming. I loved it!!! 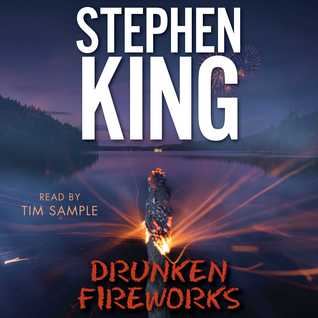 Zara collects phobias the way other girls collect Facebook friends. Little wonder, since life’s been pretty rough so far. Her father left, her stepfather just died, and her mother’s pretty much checked out. Now Zara’s living with her grandmother in sleepy, cold Maine so that she stays “safe.” Zara doesn’t think she’s in danger; she thinks her mother can’t deal.

Wrong. Turns out that guy she sees everywhere, the one leaving trails of gold glitter, isn’t a figment of her imagination. He’s a pixie—and not the cute, lovable kind with wings. He’s the kind who has dreadful, uncontrollable needs. And he’s trailing Zara.

With suspense, romance, and paranormal themes, this exciting breakout novel has readers rapidly turning the pages.

If you didn’t know anything about phobias you will by the time you finish reading the first installment of the Need Series by Carrie Jones. Zara, the main character, goes around counting  and collecting phobias when she nervous or goes through a rough patch in her life.  She has to move from Charleston,SC to Maine to live with her grandmother, start a new school and make friends. Not as easy as it sounds if the town you now live in is the hotbed for pixies and a war is brewing. There is romance,mystery,werewolves and other were animals and a surprise around every corner. It is a fast read and I gave it five stars *****.

Here are a few phobias: (just to name a few) 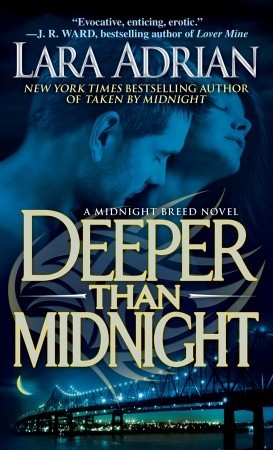 Publication Date: June 28, 2011
DELIVERED FROM THE DARKNESS, A WOMAN FINDS HERSELF PLUNGED INTO A PASSION THAT IS DEEPER THAN MIDNIGHT.

At eighteen, Corinne Bishop was a beautiful, spirited young woman living a life of privilege as the adopted daughter of a wealthy family. Her world changed in an instant when she was stolen away and held prisoner by the malevolent vampire Dragos. After many years of captivity and torment, Corinne is rescued by the Order, a cadre of vampire warriors embroiled in a war against Dragos and his followers. Her innocence taken, Corinne has lost a piece of her heart as well—the one thing that gave her hope during her imprisonment, and the only thing that matters to her now that she is free.

Assigned to safeguard Corinne on her trip home is a formidable golden-eyed Breed male called Hunter. Once Dragos’s most deadly assassin, Hunter now works for the Order, and he’s hell-bent on making Dragos pay for his manifold sins. Bonded to Corinne by their mutual desire, Hunter will have to decide how far he’ll go to end Dragos’s reign of evil—even if carrying out his mission means shattering Corinne’s tender heart.

Review –
The last time I read a book in this series was  October of 2010 and I was able to pick right up with the story line(which is much too complicated for me to go into detail here) and the characters.  It is a very fast read and if you like hunky century old vampires with a strict moral code, hot romantic scenes and very bad mean villians, you will love this series.  I highly recommend it.

On an island off the coast of Maine, a man is found dead. There’s no identification on the body. Only the dogged work of a pair of local newspapermen and a graduate student in forensics turns up any clues, and it’s more than a year before the man is identified.

And that’s just the beginning of the mystery. Because the more they learn about the man and the baffling circumstances of his death, the less they understand. Was it an impossible crime? Or something stranger still…?

No one but Stephen King could tell this story about the darkness at the heart of the unknown and our compulsion to investigate the unexplained. With echoes of Dashiell Hammett’s The Maltese Falcon and the work of Graham Greene, one of the world’s great storytellers presents a moving and surprising tale whose subject is nothing less than the nature of mystery itself…

This was the second time I’ve listened to this audiobook and I enjoyed it more this time.  I decided to re-listen to it because of a new television series that began a month or so ago on SyFy called Haven. It’s said to be based on this particular book and I’m sorry I just don’t see it.  Yes, there are two old weathered looking newspaper men and there is an old unsolved mystery but that’s where it ends.  I like the book more but I do watch the tv series every Friday night because I love a good spooky mystery.

If you like Stephen King and haven’t read The Colorado Kid give it a try.  You won’t be sorry. 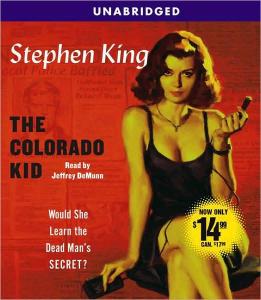 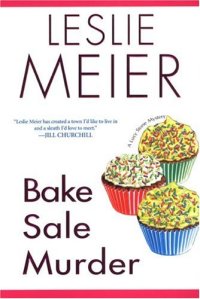 In Meier’s disjointed 13th Lucy Stone mystery (after 2005’s New Year’s Eve Murder), the Tinker’s Cove, Maine, newspaper reporter has a whole subdivision of peculiar neighbors around her once peaceful farmhouse, and anonymous letters are arriving at her office. The unknown penman alleges that the new football coach, Buck Burkhart, is condoning unsavory behavior by the high school’s senior football players toward the junior players and the cheerleaders, one of whom is Lucy’s daughter, Sara. But no one is talking or listening, as the coach launches his lackluster team into a victorious season. Then Lucy finds Burkhart’s neighbor, one of her volunteer bakers, knifed to death in her kitchen. And what about the homeless man? The philandering veterinarian? The victim’s bad-tempered husband? The author makes only a halfhearted effort to connect all the dots, while the one big break in the murders comes, unpleasantly and literally, through Lucy’s dog, Libby. (Dec.)
Copyright © Reed Business Information, a division of Reed Elsevier Inc. All rights reserved. –This text refers to the Hardcover edition.
Review-
Not as good as Joanne Fluke or Diane Mott Davidson but a good read.

Once You EnterOld houses have their secrets. The Young residence–a beautiful Maine mansion overlooking the Atlantic–is no exception. But the secrets here are different. They can kill. . .

The Only Way Out

Carolyn Cartwright, private detective and ex-FBI agent, has been hired by Howard Young to investigate a string of gruesome family deaths. The crimes are horrific, brutal, and senseless. And the time has come for the killing to begin again. . .

One by one, members of the Young family are chosen to die. Old and young, weak and strong, no one is safe from a killer with a limitless thirst for revenge. And the only way for Carolyn to uncover the shocking truth is to enter the room no one has ever left alive–and make herself the next target. . . 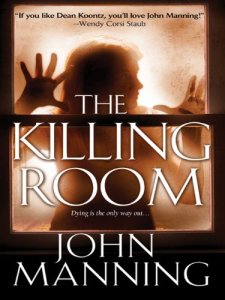 Review-
This book gets five stars.   I was hooked after readimg the first few pages and put it down only a couple of times before coming to it’s end. It was the best spooky cursed family  murder plot that I’ve read in a long time.  If you like Dean Koontz you need to give this book a try. 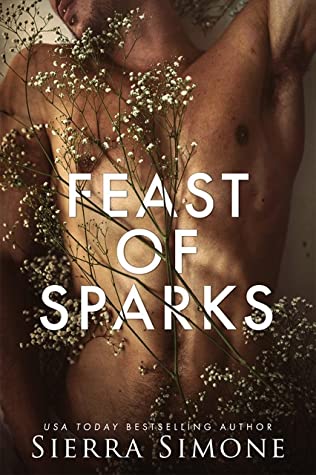 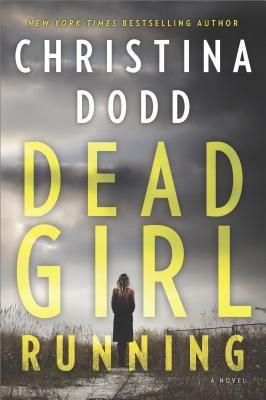