Her mother died. Her two sisters loathed her. One aunt hated her. The other was strangely distant, but the worst storm—being dumped by her childhood best friend/high school boyfriend/first love for her younger sister.

There went the one person who was hers and with that, the main reason she stuck around. So, she left for ten years. But now she’s back, and nothing’s the same.

With help from Jonah Bannon, a reformed—kind of—bad boy she remembers from high school, Dani uncovers family secrets that have spanned generations. And along with those, she’s about to face the biggest sh*t storm of her life.

Only this time, she may not survive.

Home Tears was a good read, but didn’t feel like a Tijan book. Her characters lacked depth and I felt a little disconnected with a few of them. First of all this is full of secrets and a few twists that I didn’t think needed to be throw in. But I really did like Dani.

Dani is the heroine of the story. She left home ten years ago running from herself, her family and her love. She was destroyed by those who were suppose to love her the most. She runs away to start over somewhere else and what does she do, she runs again. She has all these walls around her and most are understandable. But now that she has decided to come home, she’s gonna have to learn to let the past go and move on with her life. The town is shocked and it has caused some major upheaval because everyone thought she was dead and of course its a small town and everyone has an opinion.

This book was a messy stew of family secrets, sibling in-fighting, jilted lovers, epic storms and terrible tragedies and was filled to the very brim with flawed characters. I’m afraid there was just too much going on for my pea brain to handle because this book tired me out and not in that cathartic “cry your heart out” kind of way. Were it not an excellently narrated audio, I likely wouldn’t have finished it, just joking, I ALWAYS finish a book I start. 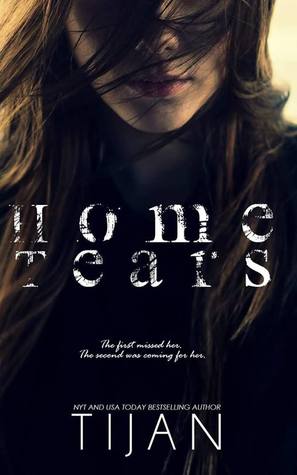 As a child, Rose Franklin made an astonishing discovery: a giant metallic hand, buried deep within the earth. As an adult, she’s dedicated her brilliant scientific career to solving the mystery that began that fateful day: Why was a titanic robot of unknown origin buried in pieces around the world? Years of investigation have produced intriguing answers—and even more perplexing questions. But the truth is closer than ever before when a second robot, more massive than the first, materializes and lashes out with deadly force.

Now humankind faces a nightmare invasion scenario made real, as more colossal machines touch down across the globe. But Rose and her team at the Earth Defense Corps refuse to surrender. They can turn the tide if they can unlock the last secrets of an advanced alien technology. The greatest weapon humanity wields is knowledge in a do-or-die battle to inherit the Earth . . . and maybe even the stars.

Almost a decade has passed since the end of Sleeping Giants, yet the Earth Defence Council and all its scientists are no closer to understanding Themis and the technology that powers her. Of course, there have been advancements due to her discovery, and the tours she does over the globe continue to inspire. However, despite Themis being under the control of the EDC, some nations are still keen to use her for themselves. This is soon put to rest with the arrival in London of another robot, one similar to Themis, but not identical, though it is clear that it was built by the same beings. Now all of Earth waits to see what happens, and just what the future has in store.

Waking Gods follows the format from Sleeping Giants and tells its story through interviews, news snippets, recordings, diary entries, and other similar styles. It’s a narrative style that works really well for the series, giving first-hand information without bogging itself down with needless info-dumping. However, because of the varied characters that Neuvel tells the story through, we do learn plenty about Themis, as well as the new arrivals – it’s not just the one extra robot, but thirteen of them…

So much happens in this book and I could go on and on, but you have to read the book for yourself. The author is amazing at character development. Vincent and Kara are a great team that play well off each other, and also add little bits here and there to the answers that are swimming around. Rose is another that contributes in this way, but she’s also a very conflicted individual given her history – not only the one to discover then hand initially, but also that she died and was brought back, though without her memories of Themis. However, it’s the Interrogator that is by far my favourite – there’s just something about him that works so well at not only moving the story forward, but adding entertainment in some dark situations.

A lot of times a sequel doesn’t live up to the majesty of its predecessor, but Waking Gods, does that and more.

The third installment, Only Human, comes out in February 2018 and I will be sitting on pins and needle waiting to find out what happens after the jaw-dropping cliffhanger ending of this book.

World War II is drawing to a close in East Prussia and thousands of refugees are on a desperate trek toward freedom, many with something to hide. Among them are Joana, Emilia, and Florian, whose paths converge en route to the ship that promises salvation, the Wilhelm Gustloff. Forced by circumstance to unite, the three find their strength, courage, and trust in each other tested with each step closer to safety.

Just when it seems freedom is within their grasp, tragedy strikes. Not country, nor culture, nor status matter as all ten thousand people—adults and children alike—aboard must fight for the same thing: survival.

Told in alternating points of view, this masterful work of historical fiction is inspired by the real-life tragedy that was the sinking of the Wilhelm Gustloff—the greatest maritime disaster in history. As she did in Between Shades of Gray, Ruta Sepetys unearths a shockingly little-known casualty of a gruesome war, and proves that humanity and love can prevail, even in the darkest of hours.

Although this book is technically a young adult book ( and I highly recommend it to ALL young adults because they must know what can happen when the person in charge of a country has no respect for human life – they see things like this on television and movies but most of them don’t care enough to learn the truth behind he images) I, as an adult, found it haunting, captivating, heart wrenching and hard to believe.

I don’t want to give too much away, but all of the main characters in the book do not survive and it broke my heart . I had the audio version and had to turn it off in some places while driving because of the tears forming in my eyes.

It is the best historical fiction that I had read or listened to in a very long time and although the characters were not real  people, I’m fairly certain that out of the ten thousand  people crammed onto the evacuation ship there were stories just like the ones in this book.

The sinking of the MV Wilhelm Gustloff is the single greatest maritime disaster in history yet, to many, the story remains unknown .It is a poignant, heart-breaking and should be on everyone’s TBR list.

For more information on  Operation Hannibal and this disaster check out the following link: https://en.wikipedia.org/wiki/MV_Wilhelm_Gustloff

I have not read Between Shades of Gray, by this author, mentioned in the blurb above, but I intend to very soon. 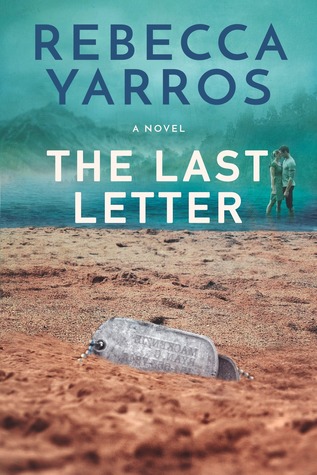