Mid-December, and Cambridgeshire is blanketed with snow. Detective Sergeant Manon Bradshaw tries to sleep after yet another soul-destroying Internet date – the low murmuring of her police radio her only solace.

Over the airwaves come reports of a missing woman – door ajar, keys and phone left behind, a spatter of blood on the kitchen floor. Manon knows the first 72 hours are critical: you find her, or you look for a body. And as soon as she sees a picture of Edith Hind, a Cambridge post-graduate from a well-connected family, she knows this case will be big.

Is Edith alive or dead? Was her ‘complex love life’ at the heart of her disappearance, as a senior officer tells the increasingly hungry press? And when a body is found, is it the end or only the beginning?

DI Manon Bradshaw  is sad and lonely, estranged from her sister and something of a misanthrope. She is single, 39-years old and  listens to her police radio to help drown out the loneliness while she goes to sleep, But she’s also funny and clever, and interesting. Going to watch a Swedish film at the cinema, alone, she muses: “The Swedes are a nation who appreciate morbidity, unlike the British, who are just as depressed as everyone else but who like to project their darker feelings, saying to people in the street, ‘Cheer up, it might never happen!’

Her personal life seems a complete disaster, but her professional interest and energy are piqued when the beautiful graduate-student daughter of a famous physician goes missing, apparently the victim of foul play. As the investigation into free-spirited Edith Hind’s disappearance uncovers no strong leads, Manon finds herself drawn to two unconventional males: one, a possible romantic partner, plays a tangential role in the investigation when he finds a body; the other, a young boy with a tragic home life, mourns the death of his brother, who also might have ties to Edith or her family.

As Manon draws nearer to the truth about Edith, aided by her idealistic partner, Davy, and their team of homicide detectives, she also has to face the fact that she might not be destined to follow the traditional domestic model. Though it follows all the typical twists and turns of a modern police procedural, this novel stands out from the pack in two significant ways: first of all, in the solution, which reflects a sophisticated commentary on today’s news stories about how prejudices about race and privilege play out in our justice system; and second, in the wounded, compassionate, human character of Manon. Her struggles to define love and family at a time when both are open to interpretation make for a highly charismatic and engaging story.

There is a HEA for both Edith and DI Bradshaw, but not in the way of a fairytale.

Looking forward to reading more in this series. 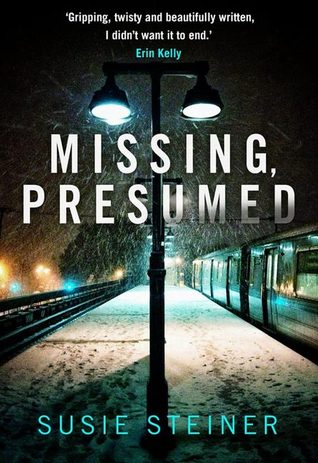